You can inspire creative thinking....writing...drama... and improve oracy skills as you discuss the illustrations. 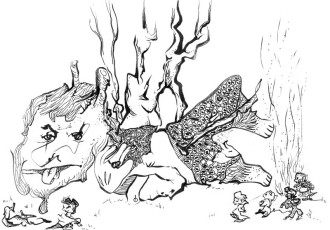 Salvias, the unkempt and hairy faun, was lost. After being banished from faun-land, for tricking the king and embarrassing him in front of the kingdom of centaurs, he decided to take refuge in the enchanted forest. The forest was well known for its dark magic. The few that ventured inside had never returned.

When dusk settled, Salvias decided to sleep. He searched for a clearing in the forest, and just when he thought that he would never find an emptly clearing, he came across a beautiful-looking glade. It seemed to sparkle in the moon-light. Its magical beauty gave the sleepy faun no choice but to rest his head. Although the faun was aware that the place was full of dark magic, he was too tired to care about it, and slept.

He slept, lost in his wildest dreams, for what seemed to be an eternity. He couldn't, however, tell if the noise was a dream. This mysterious noise had always been there like the birds in their nests. It was an ever present voice, speaking to him. He never listened close enough to hear what the voice said, but, it sounded as if the persion, or creature, was wise. Maybe it was a voice telling him how to escape his dreams? When he tried to listen to its low rumble, his dreams were also calling for him, louder and clearer. Sometimes he forgot he was dreaming.

The voice spoke louder than ever before. It spoke with meaning, as if, for the first time it was agitated with Salvias. Now it really wanted him to get out of this dream world. Suddenly the dream world had erupted into chaos. His minds very creations being destroyed before his eyes. The earth trembled, the sea roared and mountains became fiery pits of magma......﻿

Written by a group of 12 and 13 year old children

'The students (year 7) and I have had such fun with Gazoonkas in our English lessons. Clearly, working with Gazoonkas stimulates extraordinary opportunities to develop refreshing narrative characters that have helped my students formulate the most intriguing plots. I would recommend highly the use of Gazoonkas in English lessons. The possibilities for creativity in writing, drama, art, poetry, language skill lessons are endless. It is so easy to adapt lessons, within the national curriculum, using these fascinating creatures.' Mr Liam Webster, Assistant Head, Trent College, Nottinghamshire, UK 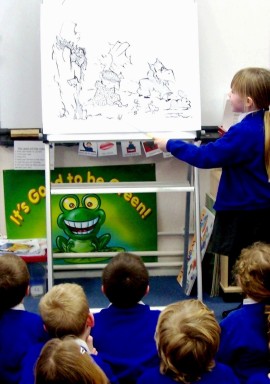 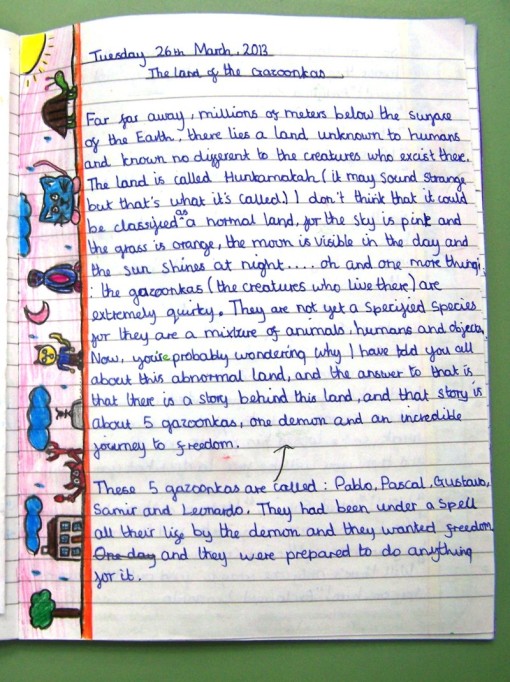 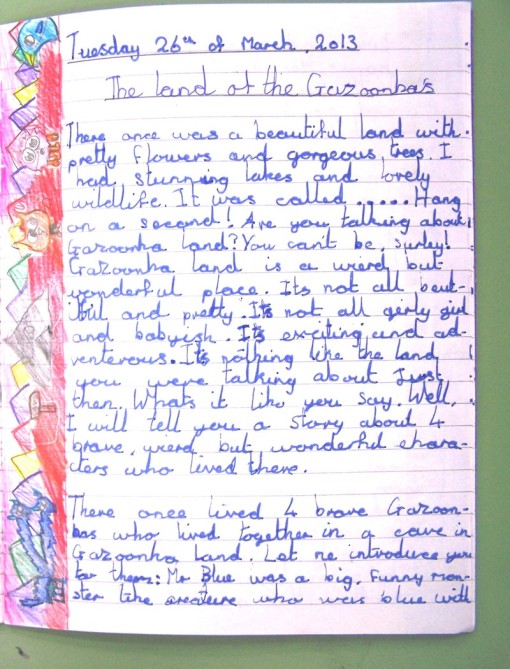 "Our day with Fran Webster was a magical experience. The children wee fascinated with Fran's story of how the Gazoonkas came into existence through her doodling, and  thought her artwork truly amazing. The children were inspired to draw some fabulous Gazoonkas of their own and to write stories full of excitement and imagination. This has been a wonderful way to promote creative writing and ilustration across the whole school."

In his notebooks, Leonardo da Vinci wrote of pareidolia as a device for painters, writing "if you look at any walls spotted with various stains.... if you are about to invent some scene you will be able to see in it a resemblance to various different landscapes adorned with mountains, rivers, rocks, trees, plains, wide valleys and various groups of hills. You will also be able to see divers, combats and figures in quick movement, and strange expressions of faces, and outlandish costumes, and an infinite number of things which you can then reduce into separate and well conceived forms."